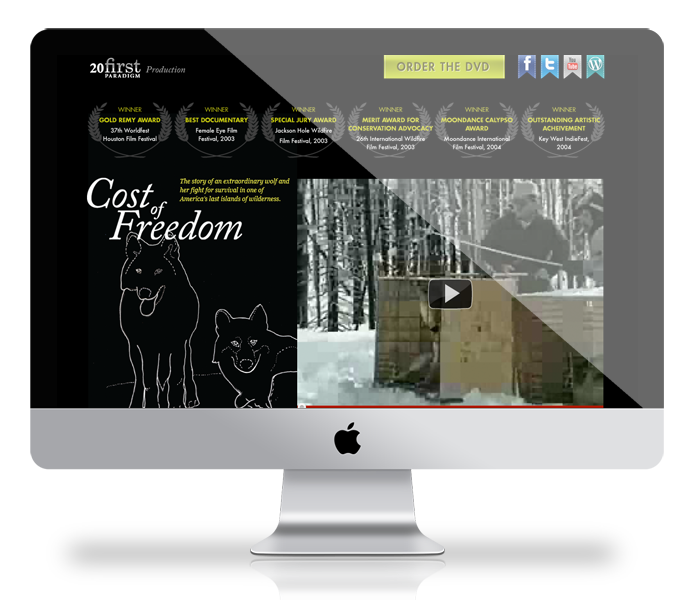 Few more contentious environmental issues exist than the reintroduction of wolves in the lower 48 states. In 1995, a wolf reintroduction effort in Idaho generated heated controversy, but this time all the major players, human and animal alike, were captured on film. Showing the intensity of the passions that motivate all sides of the wolf issue, this film lays out an accessible and infuriating portrait of the wolf question, no matter which side you are on..

Produced by 21st Paradigm, The Cost of Freedom was an instant winner in many of independent film communities. As of late, 21st Paradigm’s team felt it was necessary to once again push this documentary, and The Big Juicy wanted to help. A custom site was built outside of 21st Paradigm’s main site, and central focus, and seo possibilities were introduced. The Big Juicy produced this mini site to help collect donations, make it possible to order the DVD, and give more information to those who were not aware of the film.

A way of thinking for the 21st Century that respects the intrinsic value of all life – that is, the right of other life forms to exist regardless of their instrumental values to humans. Not only the pretty birds but also the predators and reptiles, the ugly and unloved have a right to be left in peace, to exist not only for the pleasure and health and instruction of humans but for their own sake.